A letter from PALO!’s leader and founder, Steve Roitstein:

In 2003, with a long, successful career producing artists such as Celia Cruz, Ricardo Montaner, Tito Puente and Willy Chirino, I decided to start PALO!. Our first show at Hoy Como Ayer in Miami’s Little Havana had 30 attendees. While modest in numbers, the people who experienced that event really enjoyed themselves. We knew that if they loved us, more people could.

As we wrote more songs and allowed our sound to evolve, people started to discover us, and after a while, our audience began to grow significantly. But our reason why we do what we do has always remained the same: to utilize the power of our music to spread joy to as many people as possible. We’ve had the honor to tour to cities in the U.S., Latin America, Canada, and Europe. Our music is listened to by millions of people all across the globe.

Our recent 16-year anniversary concert at Ball & Chain was a beautiful celebration of an important milestone, as well as an illustration of the meaning of our mission. The band and the audience experienced the magical energy that is exchanged at a PALO! show. Thanks to everyone who partied with us, and to all of you who continue to support us. 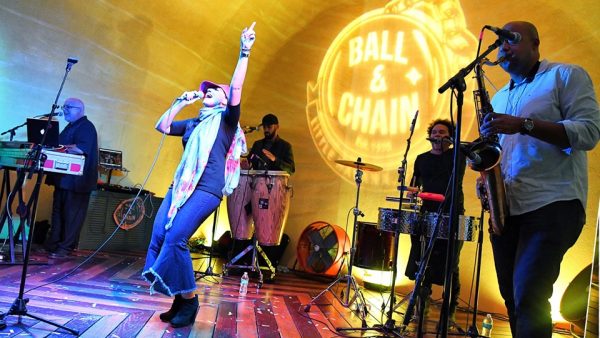 About the Author: Steve