I love Perez Prado. When PALO! first began gigging, I created a beat that was inspired by one of his songs. One night, in the middle of a set, I played the beat and started singing “tabaco y ron, pa’ mi santa, tabaco y ron.” Leslie and the rest of the band followed along, and it turned into a cool jam. In the months that followed, we’d sometimes throw it in a set. And then we didn’t play it again for a long time.

From a Jam to a Song

When we were deciding which songs to include on the album, I remembered how much I liked this beat. I told Leslie that we should write a couple of verses to complete the song. I came into our writing session with some ideas for the lyrics and melody. That may have contributed to the fact that this writing session didn’t flow smoothly like most of our collaborations. We butted heads the entire time; it seemed like we couldn’t agree on anything! After arguing our way through two verses, we realized we’d created a song that we really liked. Sometimes, the outcome is pretty even when the process is not.

As much as I liked the song, it was Leslie’s dynamic vocal performance that truly brought it to life. I asked Philbert to add some of his amazing vocal effects in the first sections, bringing a cool-sounding transition from chorus to verse. ¡Como los dioses! As the tension builds, Leslie’s improvisations and Ed’s interplay with her melodies lift the energy to a new level.

I like how the slow tempo imparts a contemplative backdrop, while the jumpy bassline keeps the momentum going. Raymer and Philbert’s unique percussion approach is the magical ingredient that gives the track its movement, and I love the rhythmic figures they added to the breakdown sections. 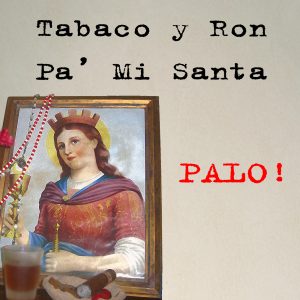